Mary Ellen Binkele has maintained a professional career as a nurse for almost thirty years. For the last 15 years Mary Ellen has worked with children and adolescents who suffer with emotional and behavioral difficulties. Working in this field through the years has helped her to see the resilience, joy and hope that some of our most vulnerable youth can experience. 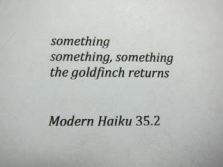 Timothy Eric Binkele and Family: Tim grew up in southern New Jersey and has since spent much time between Florida and New York state.  Tim is married to his wonderful wife Sarah and together they have four beautiful children, Anna, Seth, Cole and Ella. Tim is a graduate of Alliance Theological Seminary in Nyack, New York and currently is the lead pastor at “The River” in Pearl River, New York.

Beverly Borton is a healer. She begins with herself by persistently reframing her conditioned and erroneous thoughts, (which happen to be most of them). With others she acts as a coach and catalyst for bringing to light one’s own potential, wisdom and creativity. As a Reiki master and Feng Shui consultant, she harmonizes the energies of our bodies, minds and environments. In her art, she invites her intuition and silly ideas to come out and play.

Paul and Sharon Cunniff have been nurses for over 30 years. Currently they work within the prison system in New Jersey, Paul on a psychiatric unit and Sharon on a medical unit. They make their home on a farm in rural New Jersey where they have nursed back to health many injured and neglected animals (squirrels, cats, and dogs too), and provide a sanctuary for numerous chickens, peacocks, turkeys and a goat. Their newest resident, Rosie the donkey, has a developed quite a sense of humor. 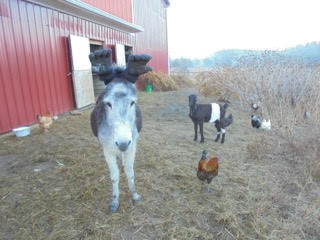 Richard Gilbert studied with beat poets Allen Ginsberg, Gregory Corso, Peter Orlovsky, Gary Snyder, and others at Naropa University (Boulder, Colorado), and became a Tibetan Buddhist meditator. His undergraduate thesis was on Japanese classical haiku; received a BA in Poetics and Expressive Arts, and attended a Buddhist seminary in 1984, returned to Naropa for an MA in Contemplative Psychology, then worked as an adult outpatient psychotherapist. In 1990, received his Ph.D. in Poetics and Depth Psychology, studying Archetypal Psychology with James Hillman at The Union Institute & University. Moved to Japan in 1997, and is a tenured professor at the Graduate School of Social and Cultural Sciences, Kumamoto University. His books include Poems of Consciousness: Contemporary Japanese & English-language Haiku in Cross-cultural Perspective (2008) and The Disjunctive Dragonfly: A New Theory of English-language Haiku (2013) both published by Red Moon Press. He serves as academic consultant to the Living Haiku Anthology, and his haiku (http://bit.ly/2lSRwtF) and interviews (http://bit.ly/2mAXALN) are housed there. A free intercultural haiku teaching-resource is http://gendaihaiku.com and published articles are available at http://research.gendaihaiku.com. Forthcoming is the book Poetry as Consciousness: Haiku Forests, Space of Mind, and an Ethics of Freedom (2018), an appreciation of poetic imagination.

Mark Harris lives in Princeton, NJ with his wife and daughter. Mark is proprietor of Ornithopter Press, which can be found at

Christopher Herold is a contemplative, gratefully married with an absolutely amazing daughter. Sometimes he sits still and watches the mind. Sometimes he moves, watchful of the mind’s incorrigible need to get someplace else. When in motion, he attends to chores, nurtures the practice of those who come to meditate at The Snail’s Pace (the zendo in his garden), or gets into the groove with One Egg Night (his rock ’n’ roll band). Sometimes the haiku muse calls upon him to jot down some words. Sometimes he gets out an eraser to further polish Continuum (the first two novels in, hopefully, a series). Sometimes he climbs into the hefty file of his short story ideas to see where on earth (or not) one might lead. Sometimes . . .

Chris Hudson and her wife Shelly live and work in the famous Bohemian Cat House on the Isle of La Motte, Vermont, where they hand make and sell custom ceramic creations.  Their website featuring the Crazy Cat Lady Ceramics cats can be found at:

is a multimedia artist, musician, and author.

You can see more of his words, music, and imagery at his website:
http://www.snowonwater.com

His twenty-one tracks of music on Soundcloud at:

John Levy is married to the artist Leslie Buchanan. They live inTucson, Arizona. John is a lawyer who retired from the Pima County Public Defender’s Office in January 2016. He began publishing books of poetry in 1980. His largest collection of poems is Oblivion, Tyrants,
Crumbs (First Intensity Press, 2008) and his most recent collection is In the Pit of the Empty, an on-line e-book published by otata in January 2017. In addition to writing poetry, John enjoys taking photos.

In The Pit of the Empty is available at:

Eve Luckring makes art at the intersection of language, image, and sound. For the past several years, she has been translating traditional Japanese poetic forms into the visual realm to negotiate the binaries of nature/culture, subject/object, and self/world. Her work questions the assumptions—and experiments with the boundaries—that define place, body, and habit.

Paul Miller is an internationally awarded and anthologized poet. He is the editor of Modern Haiku, the longest running English-language haiku journal, and board member of Haiku North America. His latest collection, Few Days North Days Few, was a Kanterman Award winner and Touchstone Award winner. He has a bachelor’s degree in Cognitive Psychology and a master’s degree in English. He is a native Californian who currently makes his home in New England.

Sabine Miller writes with a pen and paints with flowers in a relatively sunny suburb of San Francisco. Her latest poetry experiments have been published in an Ornithopter Press chapbook, Branch to Finch. http://www.ornithopterpress.com/books.html

Dietmar Tauchner, born in 1972 in Austria, lives & works in Puchberg & Vienna, as a social-worker / counselor, author and lover.
His work has been published in various magazines & anthologies worldwide.
He received some awards, as the Taisho (Grand Prize) at the International Kusamakura Haiku Competition in Kumamoto, Japan, in 2013; and attended the First and the Second European Haiku Conference, The Haiku North America Conference in 2005, as well as the World Haiku Association Conference 2009 in Lithuania, where he held lectures and readings. Received the Second Place for “Noise of Our Origin”at the 2014 HSA Mildred Kanterman Merit Book Awards.
Member of the Red Moon Anthology Editorial Staff since 2013.

Josephine Unglaub is a German photographer with a love of surrealism. Her passion applies to the relationships and communication between humankind and powerful nature, driven by a curiosity for unusual and uncommon questions. She lives in Munich, Bavaria, together with her husband.

You can see her work at Lemanshots.wordpress.com